Shorting the LUNA crash, DCA-ing Ethereum to $178M, and buying Bitcoin for $12. 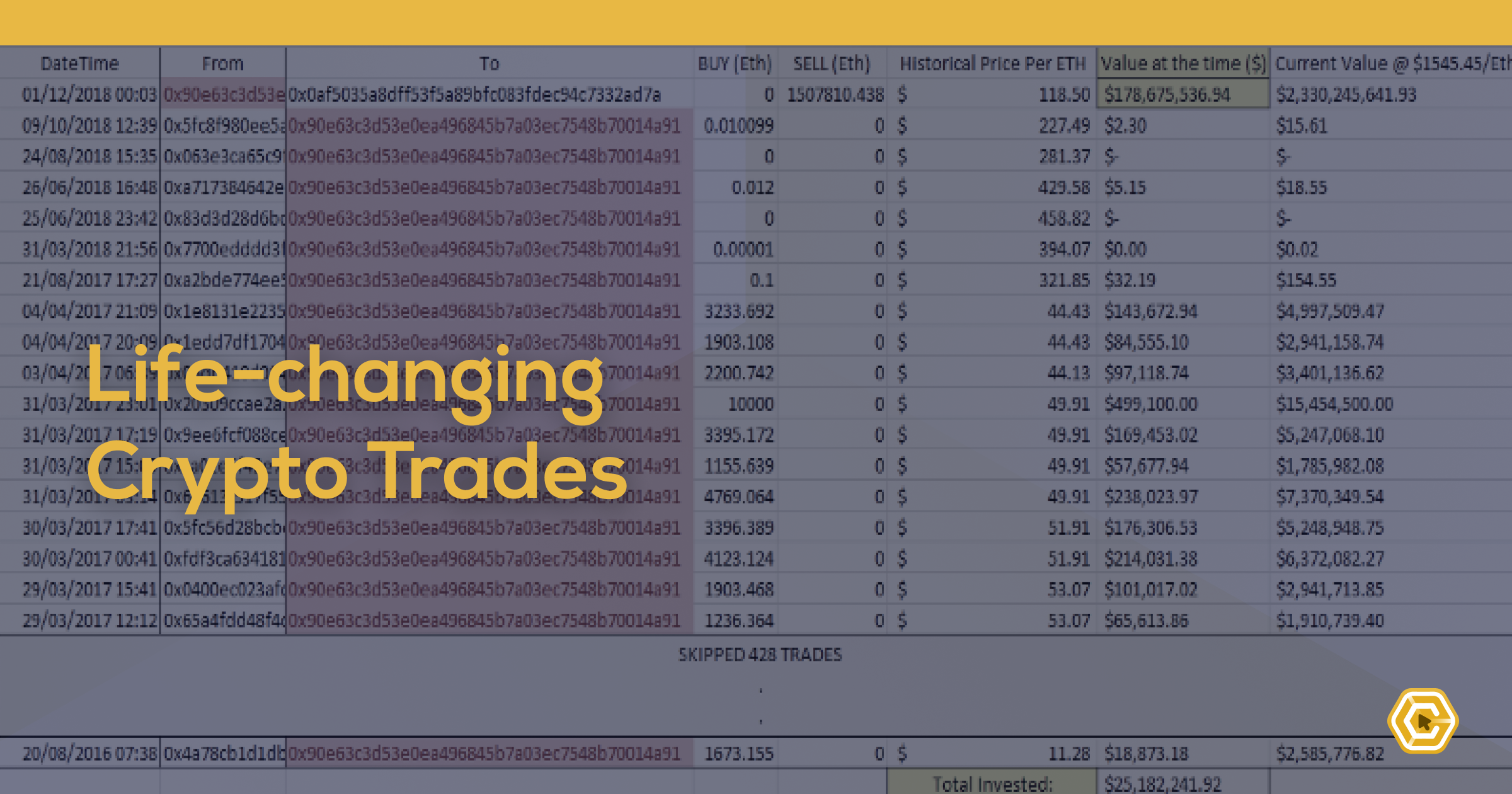 The financial world is full of legendary stories about investors taking tremendous risks to make a fortune. Movies and other documentaries like “The Big Short” and “The Man Who Broke the Bank of England” exist because of that, and everyday rookie investors get inspired by them.

While the Internet has extensive information and background on each of the greatest financial trades, there is not a single complete article when applied to cryptocurrencies.

It is a shame because crypto has been the most lucrative investment opportunity in the past two decades, yet some of the success stories will never be revealed. That is completely fine, considering the anonymous nature of DeFi, but there are ways to dig up information and make takeaways from it.

We gathered data from the following sources:

Perhaps in 5 to 10 more years, there will be information on topics like this inside science journals. The best resource available for now is the Blockchain records and online sources. Since the data format on each crypto trade is different, we will present the complete information on each one and use ROI (return on investment) as the common denominator between them.

At the beginning of the list are some of the greatest futures trades.

A top-ranked trader on Binance’s futures platform, named BatThursdayBurn, earned just over $2.6M in 24 hours on Dec 16, 2020. At the time, Bitcoin reached $23,000 for the first time, and the whole market was thriving.

A leading quantitative crypto trading firm reported on Jun 16, 2022, that their positions made 10x in just five days. At the time, the DeFi market suffered some of its worst meltdowns and went down by over -40%. Yet, this investor shorted the market at the right time and gained $2.7M in profits.

By using a 50x leverage the investor risked liquidation if BTC went down by just 2%.

For his luck, the asset trended only upward and made him over $200k in profits, but did he close his trade on time is the question?

Another big player under the Twitter name ‘RookieXBT’ shared his successful crypto trade on Feb 19, 2021. By using 10x and 5x leverage on BTC and ETH respectively, the investor doubled his investment in just two trades, adding an additional $2M to his portfolio.

During the Terra(LUNA) meltdown in May 2022, crypto traders began to use leveraged short positions against the LUNA coin. While $40.0B got erased in a matter of days during the crash, some gained profit.

But the Internet also got flooded with screenshots of unrealistic gains, and no one bothered to debunk them until now. Below are four examples that instantly signal suspicion towards them.

Why are they fake?

Using either Binance Futures Calculator or calculating in Excel or paper can validate the ROE% are impossible mathematically. Furthermore, the number and image formatting of the ROE% signals photo editing.

Finally, even if a trader kept opening new short positions as the asset was trading down the math does not work out. Since LUNA went down by -100% regardless of your entry point, that would sum out to a +5,000% ROE on each short trade, but the aggregated value of all investments would still be +5,000% on everything invested.

Even though the above images were likely edited, people who actually shorted LUNA during that time made one of the biggest profits in crypto’s history.

A forecaster and retired trader under the Twitter name GiganticRebirth made a huge bet against Terra and went all in, essentially accumulating ~$28M Net PnL. He also paid about $450k to fund his short trades on Luna Classic.

Another investor under the Twitter name edwardmorra_btc made a couple of profitable short trades during the Terra collapse. He later proceeded with 20x leverage long positions in the same market, additionally increasing his profits. Here are two of his best scalping trades.

Unlike the unrealistic pictures from the previous page, here the results at least look correct.

Dollar-cost-averaging or DCA is a time-tested strategy that household names in investing, such as Warren Buffet, implement. The purpose of DCA is to smooth out the entry price of investors by spreading out their purchases across periods of smaller amounts. For example, buying $1,000 worth of BTC or $AAPL every month.

By looking at Blockchain explorers such as Blockchair, we can see all on-chain transactions and try to find if there is a single address that made a prosperous trade. While DCA is a long-term investment strategy, we can look at it from a trading perspective in the following scenario:

The anonymous investors with an Ethereum address of 0x90e63…4a91 started to accumulate Ethers on Aug 20, 2016, for $11.28. Two years and 446 purchases at an aggregated cost of $25.18M later he emptied the whole content of his wallet in a single transaction (we qualify this moment in time as the SALE point).

Finally, here are two of the most famous crypto success stories that qualify as great trades as well.

Perhaps, the most well-known story in crypto is that of Laszlo Hanyecz, who, on May 22, 2010, made the first official Bitcoin trade, when he exchanged 10,000 BTC (worth around $40 then) for two large pizzas from a local pizza restaurant in Florida.

For some, this exchange is insane, considering BTC’s price today, but without it, there would not be a real-life implication of cryptocurrencies still. May 22 is now officially celebrated as Bitcoin Pizza Day all around the globe.

8. Teen Millionaire By Investing $1,000 From His Grandma

Erik Finman, twelve years old at the time, purchased 83 BTC in May 2011 at a price per coin of $12. He used $1,000 that his grandmother gave him, making this one of the greatest financial trades of all time.

His initial investment increased 1000x times, reaching well above $1.00M, him being 18 years old. He later continued his crypto journey by acquiring even more Bitcoins and investing in Ethereum while it was below $100.

A similar story from Oct 2013 found on Reddit shows how a person bought $1000 worth of Bitcoin for his 94-year-old grandmother, essentially 20x her money in a year.

As we stated in the introduction of the research, there is a misconception about the greatest crypto trades. Most of the online resources that talk about the topic mention names like Vitalik Buterin (creator of Ethereum), The Winklevoss Twins (early Bitcoin investors), and even Satoshi Nakamoto (creator of Bitcoin).

They are undoubtedly one of the most influential figures in the industry, and their investments are worth Billions of dollars. But the correct category for them is “pioneers in crypto” rather than traders. Nonetheless, they are worth mentioning for their overall impact on the decentralized finance world.

The nature of crypto and DeFi (Decentralized Finance) is rather incognito. People prefer to stay anonymous, and for some of the greatest crypto trades, we may never hear. But here is what we can do to detect the new ones.

The first cryptocurrency trade happened twelve years ago in 2010, and ever since then new and more exciting crypto success stories are coming out each year. It is finally time for these moments to get wider recognition in the financial world, as DeFi will soon be an integral part of the global economy.

A common trait in the list of the greatest crypto trades is the right timing of the investors. Regardless, if someone bought Bitcoin when it was $12, DCA-d Ethereum over a year-long bull run, or shorted the market during its worst meltdowns it all comes down to nailing the perfect moment.

Replicating some of these trades will take an enormous amount of risk and luck. Shorting a market with over 20x leverage can instantly burn an investor’s position in a candlestick, and if he is using a ‘cross margin’ setting on his exchange, he can even burn the rest of his Futures portfolio. In fact, over 80% of day traders lose money.

The takeaway that investors can use even today is purchasing new, undervalued assets and dollar-cost-averaging in projects with long-term growth potential and life cycle. Also, never exchange all of your cryptos… even for pizza.

Disclaimer: This article is purely educational and doesn’t constitute investment or financial advice. 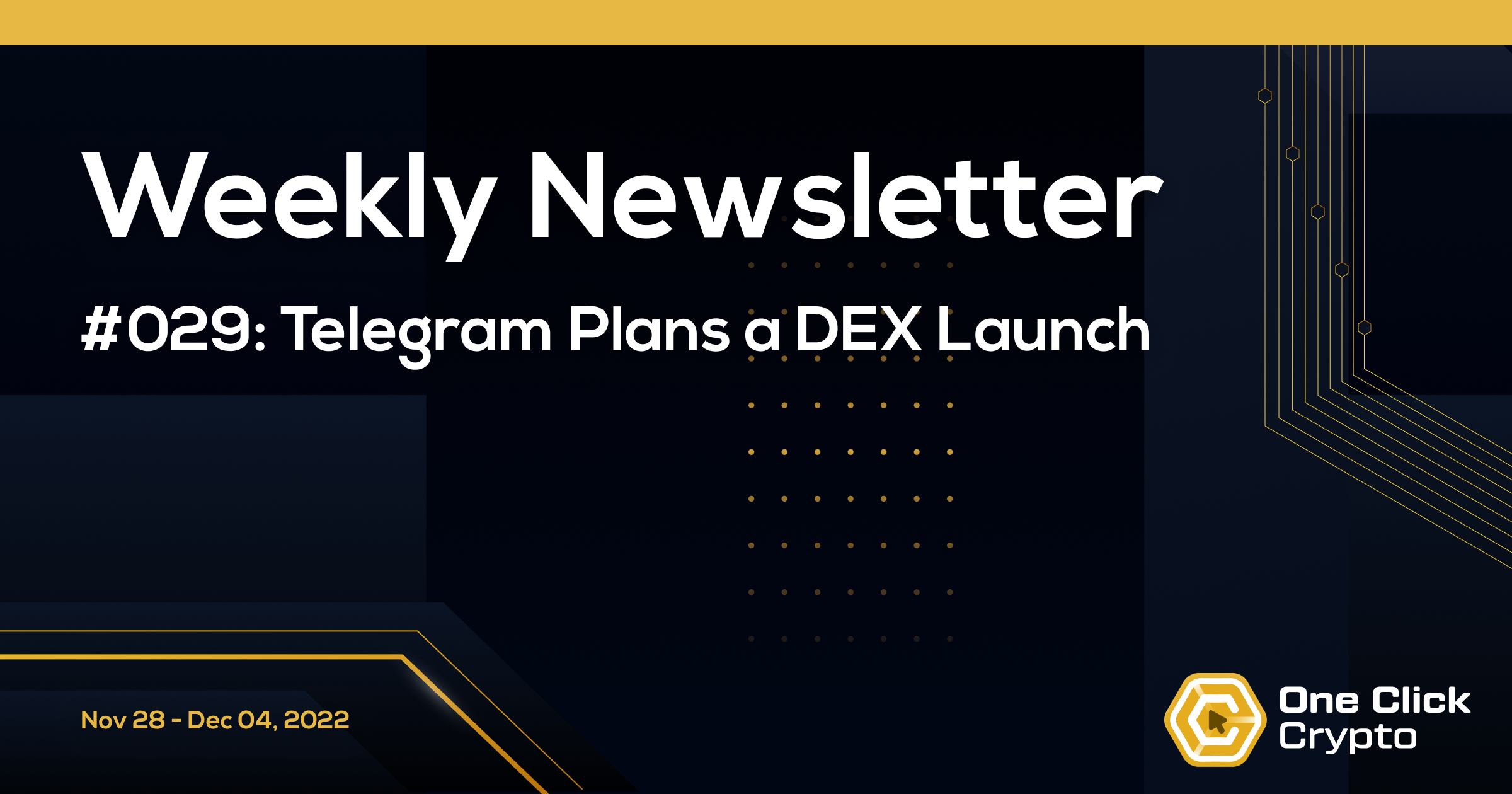 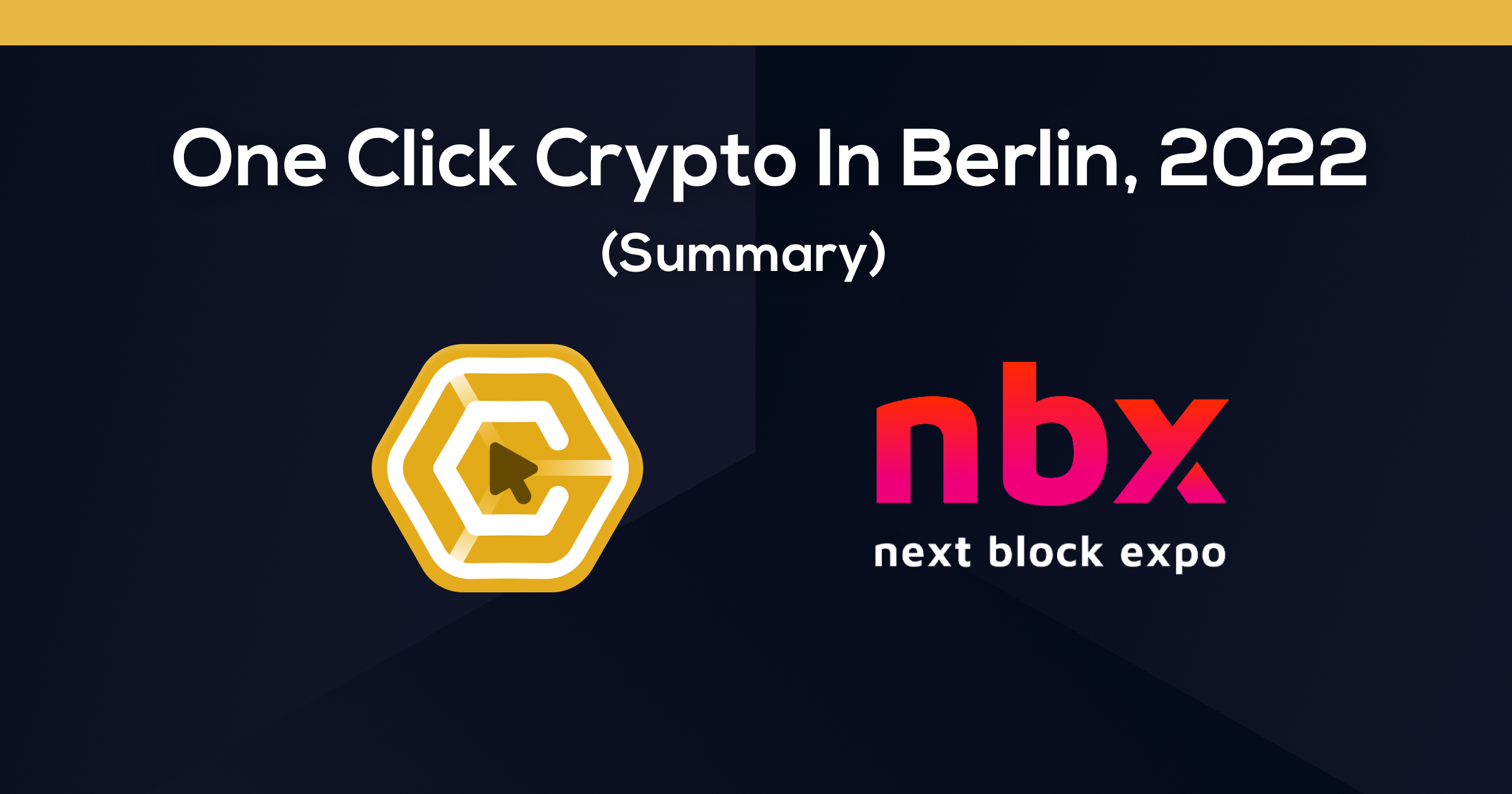